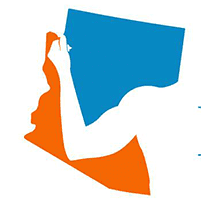 When it comes to successfully treating something as complex as your shoulder joint, proper treatment is dependent on a correct diagnosis, which is why failed shoulder surgeries happen so often. At the Arizona Center for Hand Surgery, leading orthopedic surgeon and shoulder specialist Dr. Vivek Agrawal is happy to provide a second opinion for shoulder-related problems. He’s a go-to specialist for national and international patients, and he practices in Phoenix, the Northwest Valley, and Mesa, Arizona. Contact the Arizona Center for Hand Surgery to schedule an in-person or remote consultation today.

Why seek a second opinion on diagnosis?

One of the best times to seek a second opinion on a persistent or severe shoulder problem is after receiving an initial diagnosis. Whether you’ve relied on your general practitioner or even a skilled orthopedic surgeon for that diagnosis, talking to an orthopedic surgeon who specifically specializes in the diagnosis and treatment of shoulder conditions can make all the difference between receiving an accurate diagnosis, or receiving a misdiagnosis that’s more likely to result in a negative treatment outcome.

The main benefit of seeking a second medical opinion on an initial diagnosis is to prevent yourself from having to undergo the wrong treatment or surgical procedure. In a best-case scenario, this can keep you from losing valuable recovery time; in a worst-case scenario, having the wrong shoulder treatment or surgery can compound or exacerbate your original condition.

How is a second opinion useful after failed shoulder surgery?

Getting a second opinion from a shoulder specialist like Dr. Agrawal can be highly valuable in such cases, because it may reveal that an initial misdiagnosis was behind the failed surgery, or that the diagnosis was correct, but the treatment was done incorrectly or failed for some other reason. Whatever the case may be, getting a second opinion after a failed shoulder surgery can prevent you from having to endure another failed surgery.

Won’t I offend my first doctor by seeking a second opinion?

In a word: no. Having another physician evaluate your condition to determine if there’s a different point-of-view on either the diagnosis of the problem, or lack thereof, or on the proper course of treatment is very common in medicine. Physicians commonly get second opinions from each other about their patients, either formally or informally, and most physicians don’t begrudge their patient getting a second opinion. In fact, your physician may be the first one to suggest that you seek one.

What do I need to do to obtain a second opinion?

A second opinion on shoulder surgery is best achieved through a comprehensive, in-person clinical evaluation. To make the most of your appointment, it’s important to bring the following (or have them sent in advance):

Dr. Agrawal and the staff at the Arizona Center for Hand Surgery also offer a “concierge service” for long distance (out-of-town and international) patients. You can have an initial remote consultation in which they help to arrange for a multi-day visit, where you might receive additional diagnostic tests.

Dr. Agrawal works with you to provide a comprehensive and accurate diagnosis as well as a treatment plan to allow you to return to your regular routine as quickly as possible.

If you need a second opinion about your shoulder diagnosis, contact the Arizona Center for Hand to Shoulder Surgery for an in-person or remote consultation with Dr. Agrawal today.